Something unexpected happened - I wasn't happy with the PWM fan noise, so I opened it up again, messed around with some botch wires and changed the programming. The PWM frequency is now at around 125kHz, absolutely inaudible to my non-bat-ears. No hum, no PWM noise, no tears. 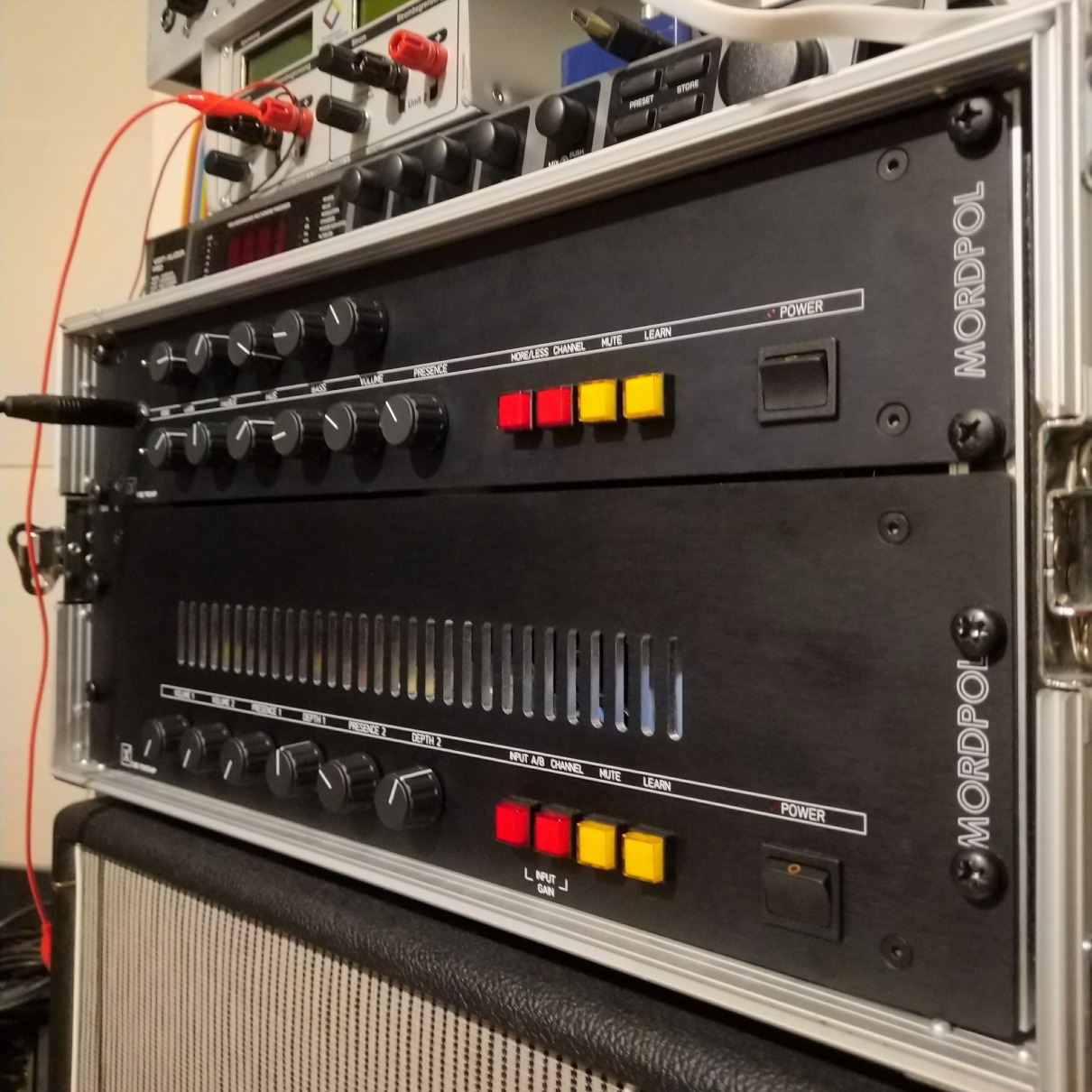 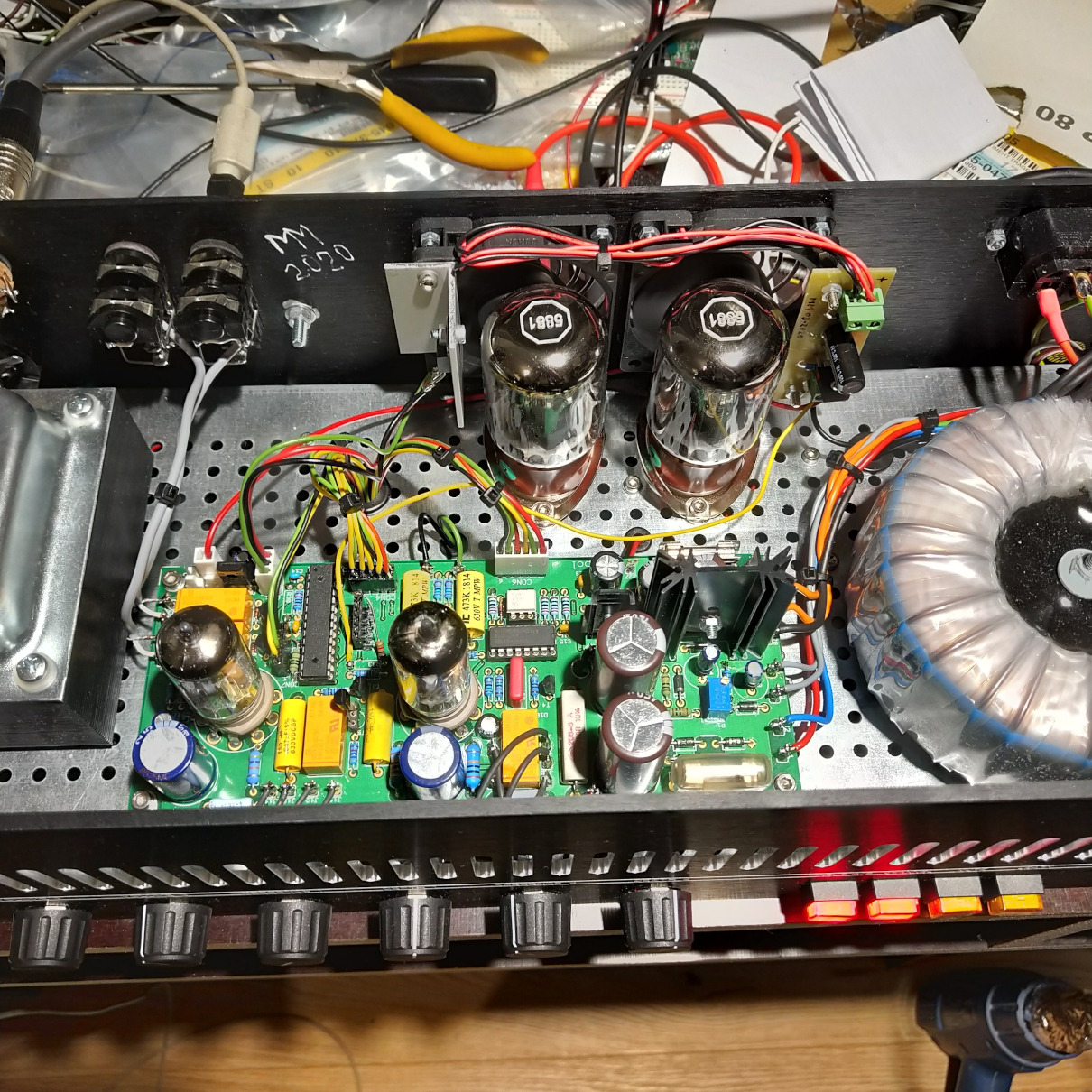 Preamp and poweramp are finally packed into the smallest 5RU flightcase I could find and good to go.

There's been some progress on this project - well...the amp is finished for now. I solved the PWM noise problem with a seperate quick & dirty PCB to move the PWM signal as far away from the input section as possible which made things a lot better. 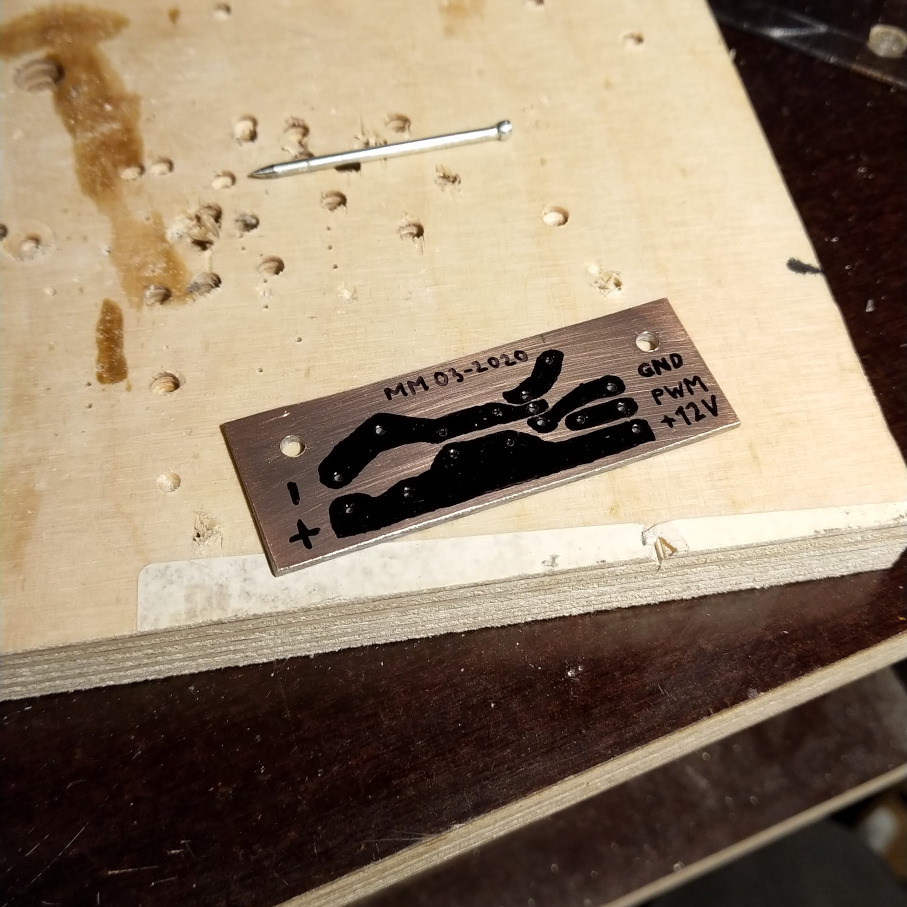 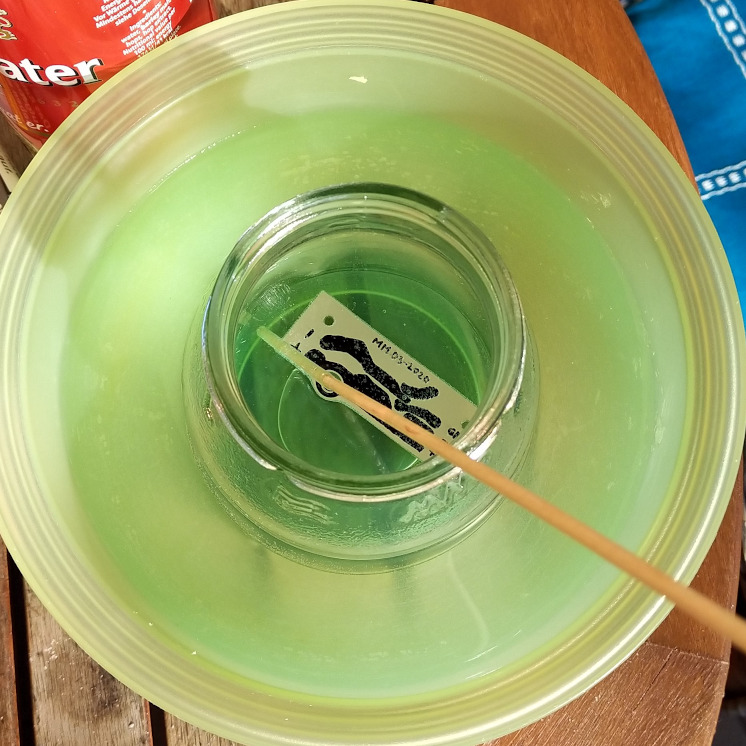 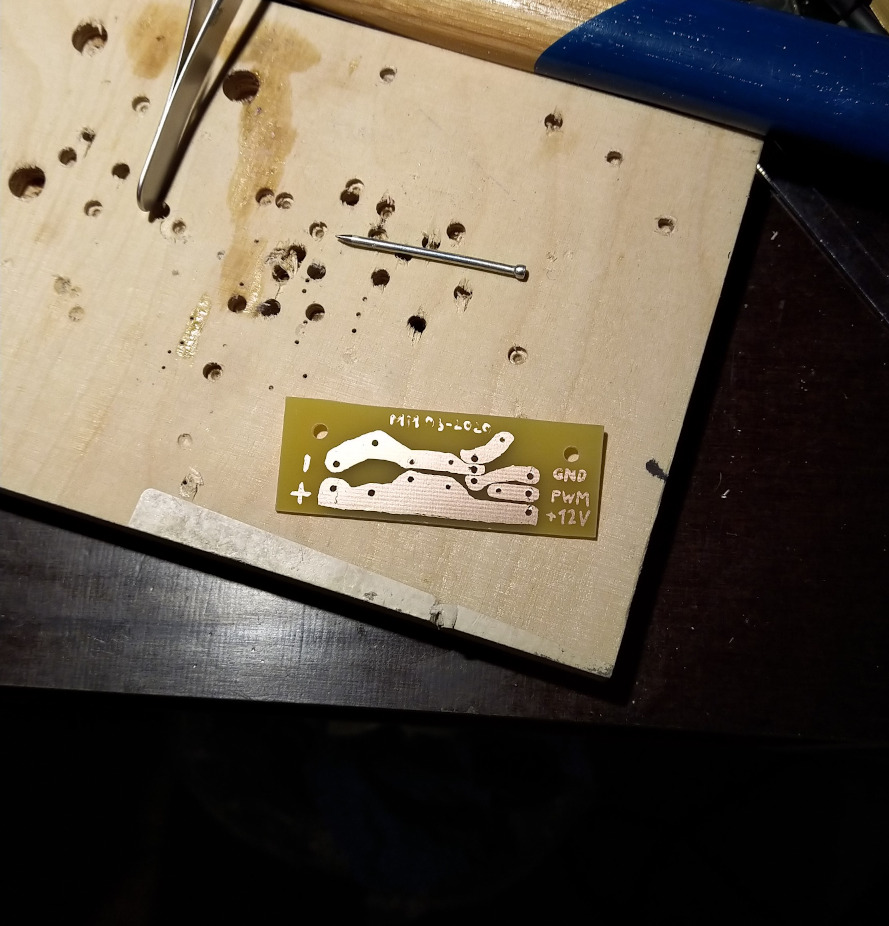 Not a thing of beauty, but it works. PWM noise isnt't totally gone, but seriously low, so OK for now. Next step will be changing the programming to get the PWM frequency somewhere in the 20kHz+ region to make it inaudible, but I'm happy it is running for now and not in the mood for changing the programming, since everything works really well including MIDI and everything. 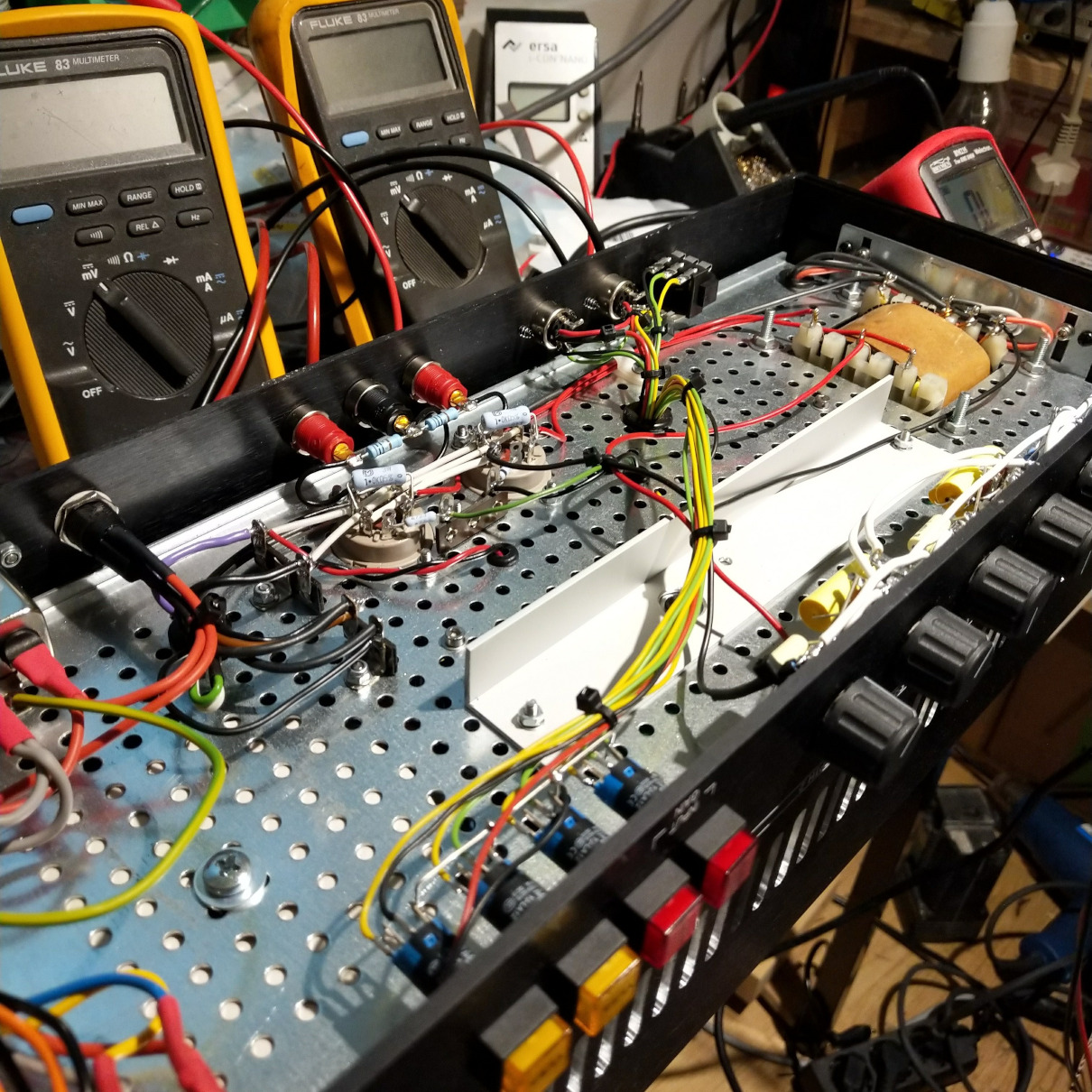 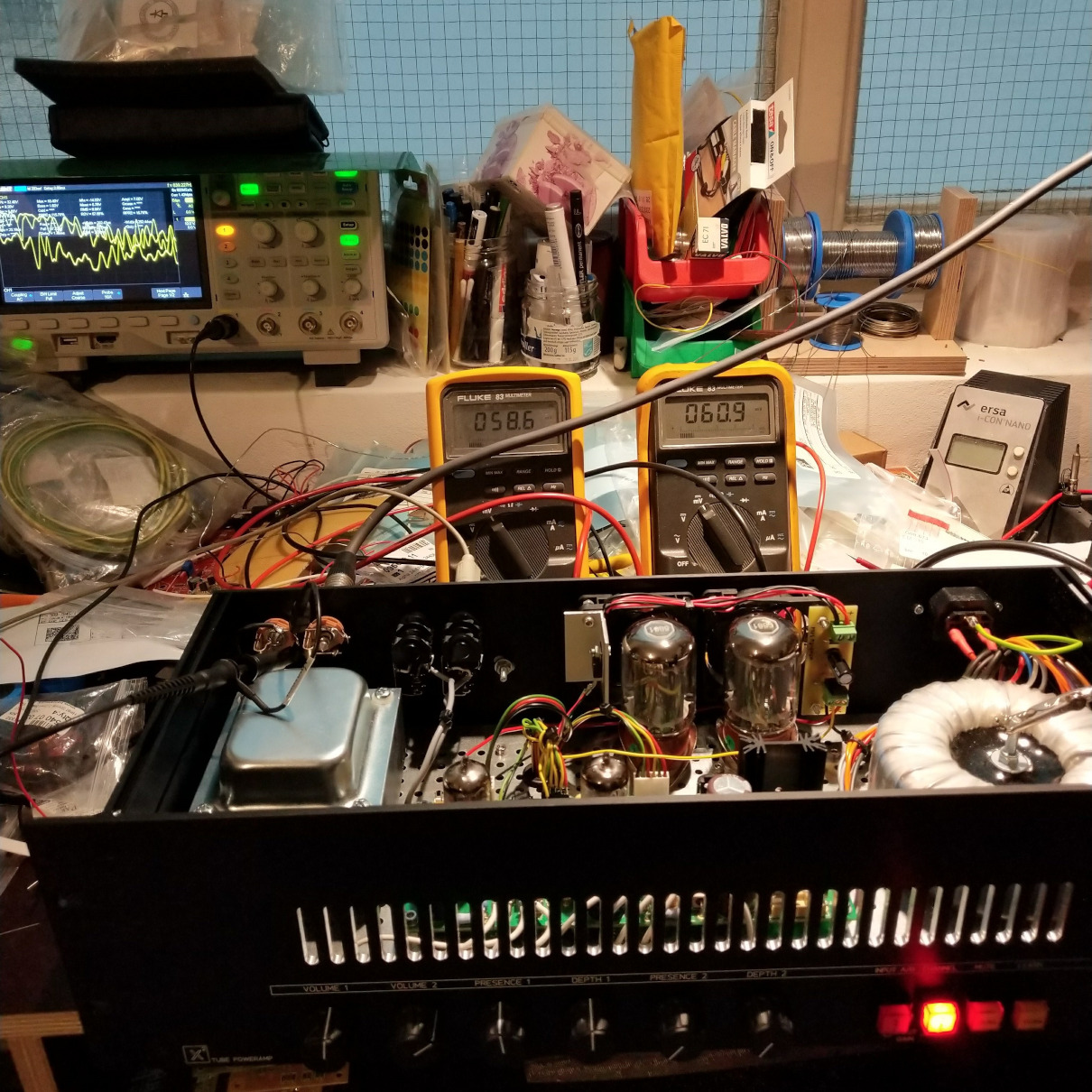 You can see some torture testing here with an 8 Ohms 400W load blasting sine waves and some music through it. Pushed really hard I can get more than 60 Watts of distorted mess (those poor 5881s) out of this beauty, but only around 15-20 Watts clean headroom - this will be a big distorsion box. Real world tests coming soon

I started working on the matching power amp for my X1 preamp, so here's the current state of this thing. Tubes are a pair of 5881s, operated at a relatively low B+ voltage of around 420VDC. My choice fell on 5881 because of their compact physical dimensions especially of the tung-sol one, because I don't have that much height to spare even in a 3U rackmount chassis. 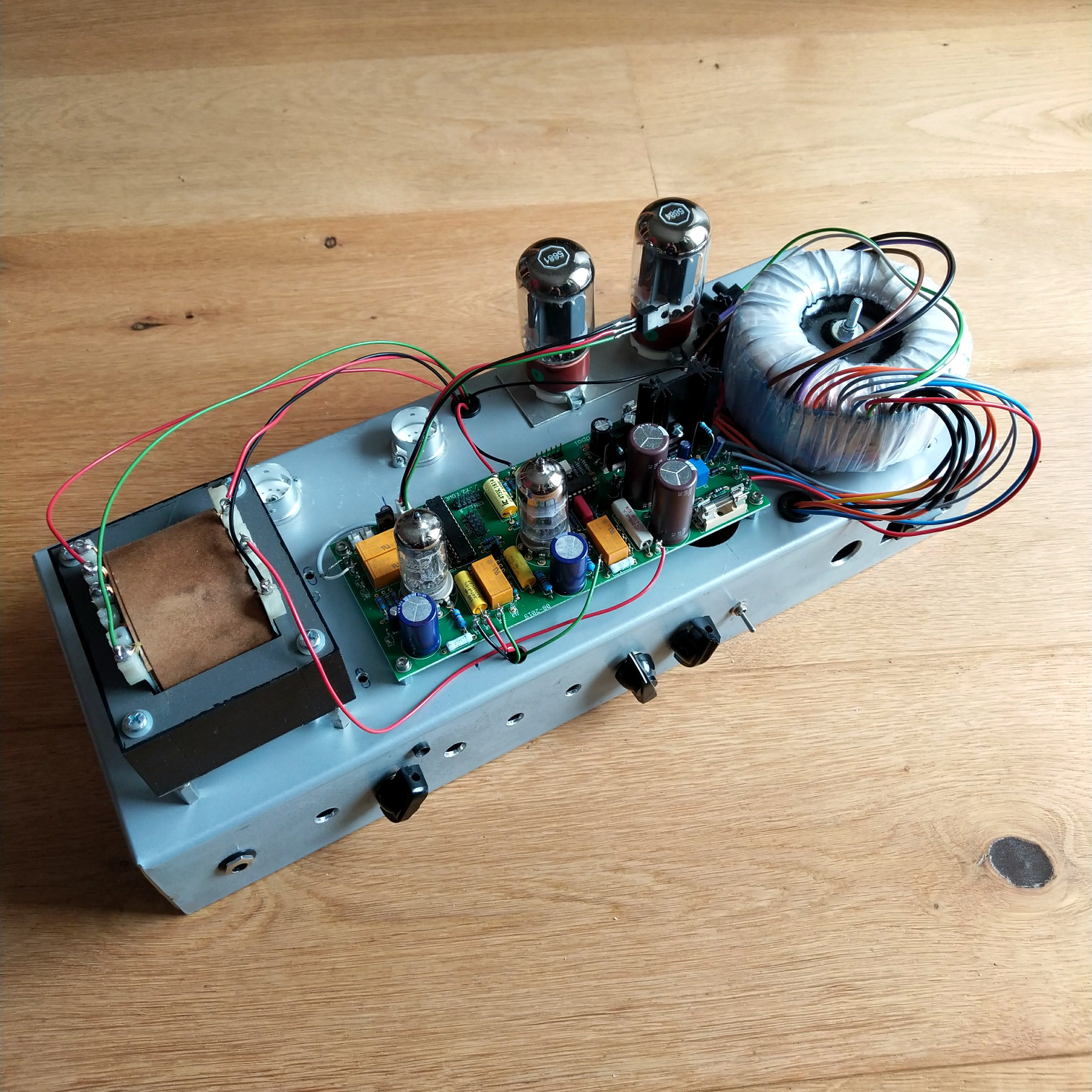 I designed the PCB myself - some features are: two switchable inputs which can be padded to line levels, two switchable volume controls (+ presence and depth also switchable), everything switchable via MIDI. The test build seen on the pic is working flawlessly except for the PWM fan control, which is giving me the ugly noise, so I'll probably abandon it. Even heating all tubes with AC (also preamp tubes on PCB) doesn't give me the least hint of 50/100Hz hum, which I didn't expect. Next step is getting the matching enclosure - expected to happen in December.